Men’s Jewish jewelry: meaning of the most significant symbol jewelry 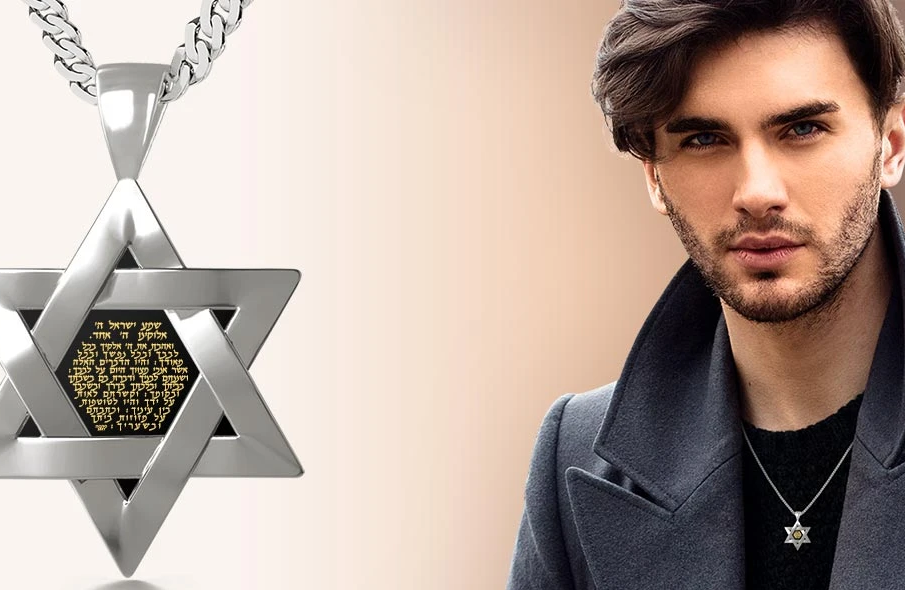 Jewish jewelry takes on a creative allure on its own. This specific style beautifully unifies ancient beliefs with modern fashion trends. Soon, you will discover that it symbolizes a wonderfully cultivated religious or sacred posture for centuries as a traditional blessing indicating well-being. Sometimes it is difficult to decide between so many jewels. Knowing this we have put together a list with all the jewelry related to Judaism so that you can find your ideal jewel more easily. Check this Jewish gifts collection and buy online at affordable prices.

The Hamsa hand is a common motif in Jewish jewelry. Arab cultures often refer to it as the Hand of Fatima. This represents the Hand of God. The Hamsa serves as an ancient talismanic way of warding off the evil eye and offering a protective hand. This motif often appears in a stylized form, like a hand that has three raised fingers and often two symmetrically arranged thumbs.

This symbol was used in the Roman period in Israel. However, it seems to have been related to Judaism in particular only in later centuries. In the 17th century, it became common practice to place the Star of David on the outside of synagogues, recognizing them as Jewish houses of worship. The Star of David is a generally recognized symbol of the Jews.

Chai in Hebrew means to live, and the Hebrew word is made up of two letters, “YUD” and “CHET”. The Hebrew letters have a numerical meaning and the numerical meaning of the phrase Chai is 18. Therefore, many Jews have the custom of giving donations of money or charity in multiples of 18, which means the desire for life.

Mezuzah is a small case that is placed on doorposts and on the doors of all Jewish homes, businesses, and synagogues. Overall, the case features the Hebrew letter shin inscribed on it that protects the parchment scroll. Every time you walk through a door with a mezuzah, you touch it and kiss the fingers that touch it, showing love and respect for God.

Expressions of symbols and sacred language are often integrated into many cultures around the world. Conventionally, as well as from the angle of fashion and new styles, Jewish designs are immensely popular. Much of the styles have become a distinct segment with the use of Hebrew signs and the appeal of the language throughout the world.